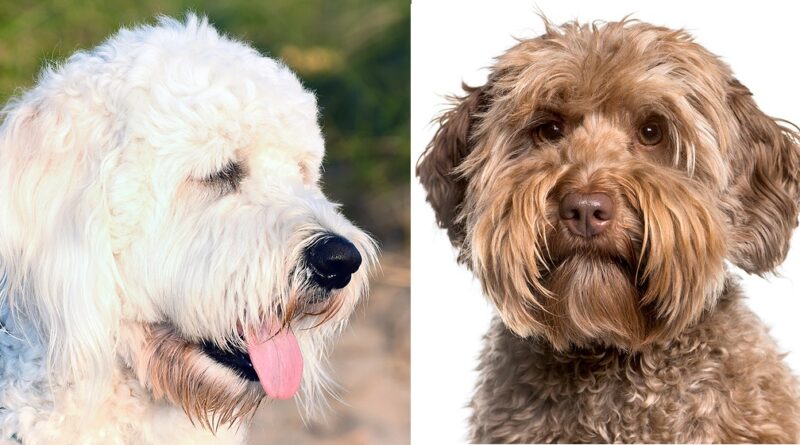 Don’t let their silly names confuse you – Labradoodles and Goldendoodles are real dogs. If you love Golden Retrievers or Labradors, you will then adore these breeds even more.

What is the difference between a Labradoodle vs. Goldendoodle? Can you differentiate them easily or have to be an experienced dog trainer to spot the unique characteristics?

Keep reading, and you will discover the key differences between these cute canines.

A Labrador Retriever is known as the waterdog of Newfoundland. They are active, energetic, and friendly dogs, so it is no wonder that families adopt them as pets. Poodles are associated with France (they are France’s national dog), but originally they come from Germany. It is a companion dog, very loyal to his owner. They are also intelligent and known for their impeccable health.

The Golden Retriever is one of the most popular family dogs in the world. There are two types of Retrievers – The English and the American kind. They are medium size dogs, are kid-friendly, and loyal to their masters. Together with the Poddle, they create the perfect companion dog – the Goldendoodle.

In 2020, the Goldendoodle and Labradoodle are the most in-demand breeds, so it is no wonder why you want to adopt one and upgrade your family.

5 Differences Between Labradoodles and Goldendoodles

Labradoodles tend to be larger, but nothing spectacular (some dog owners can’t notice any difference). Goldendoodles come in different sizes, from super small called Teacup to miniature, and standard.

When mature, both types of canines can be between 13-24 inches tall. They can vary from 15 to more than 100 pounds in weight.

In terms of appearance, Labradoodles look different from the Golden kind because they are born with coats that have different color, shade, and consistency. A labradoodle comes in a variety of yellow, white, cream, chocolate, black, and red. Goldendoodles have fewer coat color versions, including black, red, caramel, and gold.

When comparing Labradoodle vs. Goldendoodle, the first kind is more protective. While none of these breeds is known as aggressive, Labradoodle’s loyalty is evident since day one. However, neither of these four-legged pets would make a good guard. Both Labradoodle and Goldendoodle can bark, but they always direct their love and affection to anyone who enters your house.

When meeting new people, the Labradoodles may seem shy, but after some time they will warm up and entertain everyone. The Goldendoodles are more freely and likely to jump to anyone they see.

They are the perfect description for “dogs are the man’s best friend.” Both breeds are perfect for families looking for a new fluffy doggy to adopt. They are intelligent and very easy to train.

Both types are intelligent and easy to train, especially Labradoodles. When comparing Labradoodle vs. Goldendoodle, they tend to have more reliability and loyalty towards the owners.

It is essential to remember that their parents are also very trainable; therefore, you won’t have much trouble teaching them how to catch a ball or frisbee. Because their predecessors are working dogs, they won’t mind going for a walk every day for an hour or two. The Goldendoodle is calmer, but, in general, they are both active canines.

Because of their intelligence, Goldendoodles are often used in nursing homes and hospitals. They are considered some of the happiest dogs around and are perfect for cheering up patients. They are smart enough to listen to the trainer’s instructions and act accordingly.

Suited to swimming, running, and hiking, these are the perfect friends for your adventure trips. They enjoy being indoors and outdoors, so you won’t have trouble adapting your new pet to the environment, as long as you are near them.

Because of their similarities, both the Goldendoodle and Labradoodle suffer from similar health issues, such as:

With adequate care and regular exercises, the lifespan of a Labradoodle is 15 years. The Goldendoodles are also a healthy breed, and they can live up from 10-15 years. As long as you dedicate enough time to play with them, train them, socialize them, and provide them with a balanced diet, you can expect to have a loyal friend for years.

The cost for both breeds can vary, depending on the color, the health testing analysis, the food expenses, and the dog’s reputation. High-quality and popular doodles may cost between $1,000-$3,000. Labradoodles are more expensive than Goldendoodles (If you are in luck, you can expect to find a Goldendoodle puppy for $800).

If a puppy is listed for a lower price, it might be a scam, so make sure to buy your new pet from a reputable and secure website or someone you know well. If you are looking for a quality canine to add to your family, know that cost reflects a dog’s reputation and may help you avoid common health problems.

When it comes to Labradoodle vs. Goldendoodle, you can’t go wrong with choosing either of them. They are family pets, loving, friendly, loyal, and intelligent animals. While it is difficult to choose one, our details and thorough comparison will help you make a well-informed decision.

So, which would suit your family best? 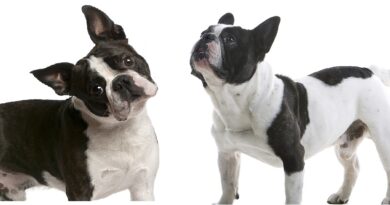 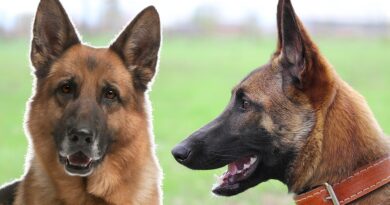 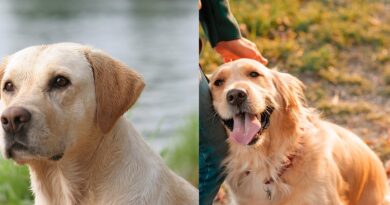 Labrador Retriever vs. Golden Retriever: What Are The Differences Between Them